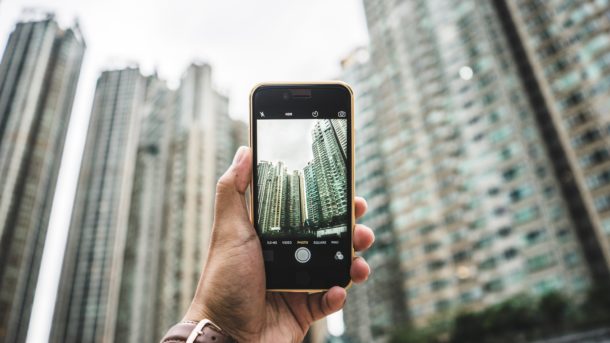 The issue of the blank tape levy, due for certain devices and media which are suitable for the reproduction of protected works as equitable remuneration for the reproduction for private use, and which is payable by the importers or manufacturers of such devices, has often in recent years been a subject of dispute between creators, Collective Management Organizations and businesses of the IT and electronics sector in Greece.

The amendments made to the Greek Copyright Law 2121/1993 by Law 4481/2017 last summer, included the modification, after several draft proposals, of Article 18 of Law 2121/1993 on equitable remuneration and the blank tape levy. In the final provision voted in July 2017, the legislator decided to explicitly include in the general enumeration of devices subject to the blank tape levy, computers, tablets and smartphones, provided, though, that their RAM size is larger than 4GB. However, in the specific provisions where the percentage of the levy for each device category was provided, while for computers and tablets with a RAM larger than 4GB the blank tape levy was set at 2% of their value, no percentage at all was set for smartphones.

There, thus, arose a problem of legal interpretation which could lead to the inclusion of mobile phones in the category of the blank tape levy of 6%, applicable to devices and electronic media that allow audio and/or video recording or reproduction, and also CDs and DVDs, as well as other storage media (e.g. external hard drives) of a capacity larger than 1TB (for storage media smaller than 1TB the levy was set at 4%). However, concerning mobile phones in particular, a very large number of devices was practically excluded from the provision, since the usual RAM that most smartphones are equipped with does not exceed 4GB. Lastly, in the category of a blank tape levy of 4% of their value fell photocopiers, scanners, printers and paper suitable for photocopies.

First of all, in the new provision, smartphones are now explicitly included in the same category as computers and tablets regarding the percentage of the blank tape levy. In addition, compared to the article’s previous version, the reference to the RAM size of computers, tablets and smartphones has now been completely deleted. Thus, for all these devices, which are considered by the legislator as separate mediums that allow audio and/or video reproduction, the blank tape levy is set at 2% of their value, regardless of their RAM size.

Furthermore, with respect to storage media, such as external hard drives, a blank tape levy of 6% is now set for all those that have a capacity larger than 4GB, instead of 1TB, while those with less storage space than 4GB are excluded from the levy. For devices and media that allow audio and/or video recording or reproduction, CDs and DVDs, as well as devices or components used for digital reproduction regardless if they function in connection to a computer or not, the levy remains at 6%, while for photocopiers, scanners, printers and copy-paper it remains at 4% of their value.

Finally, the new amendment introduces a provision, which follows relevant ECJ decisions, according to which Collective Management Organizations should provide for a procedure for reimbursing the amount of the blank tape levy to the final purchasers who prove that the devices or media they bought are only intended for professional use and not for private reproduction.

All the above changes to article 18 of the Greek Copyright Law are set to apply retroactively, starting from the date of entry into force of Law 4481/2017, which is 20 July 2017, when the same article had been amended as described in the beginning. The new modifications were deemed by the government necessary in order to resolve the problems that arose from the previous amendment to the provision. In addition, the Minister of Culture argued that there is also a need to increase, in the current difficult period, the revenues of authors and other right-holders for the private reproduction of their works.

The new provision however, and especially the decision to include all smartphones and tablets to the blank tape levy, was mostly treated by the press and public as a plan to impose a new “tax”, while the Greek Association of IT and Communications Enterprises argued that the application of the amended law imposes a new burden to be borne by final consumers. On the other hand, associations of authors and publishers stressed the need not to misleadingly call the authors’ equitable remuneration as a “tax”.

However, the Government’s Minister of Digital Policy and Telecommunications has also expressed reservations regarding the imposition of the blank tape levy on all smartphones and tablets, noting the need to remove, and not to add, obstacles to the citizens’ interaction with new technologies.

In the end, according to information of the press, the government intends to reconsider the amendment of the provision, at least with regard to smartphones, and it is still unknown whether new developments will soon follow concerning equitable remuneration, in Greece.

Connect with Elena on LinkedIn