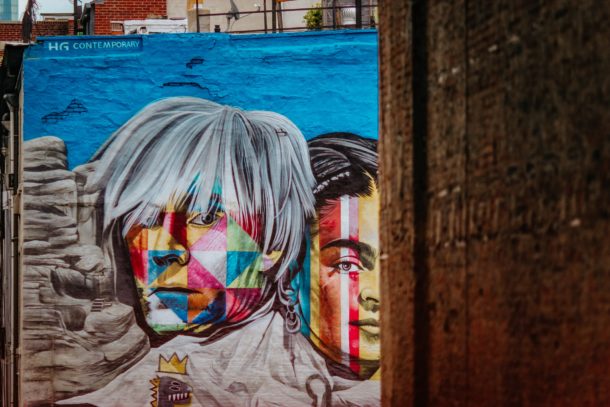 The US Supreme Court in March decided it will revisit a dispute over pop artist Andy Warhol’s images of Prince. In taking up the case, Andy Warhol Foundation for the Visual Arts, Inc. v. Goldsmith, the Court aims to more clearly define the scope of what’s known as “fair use” in US copyright law.

The suit was originally levied by photographer Lynn Goldsmith after a 2016 Vanity Fair issue brought to light a series of images that Warhol produced of Prince based on a photograph taken by Goldsmith. The photographer, who had only been aware of one of the 16 images in the series, argued that Warhol had committed copyright infringement. In 2019, a judge ruled in favor of Warhol; however, New York’s Second Circuit Court of Appeals in 2020 reversed the decision, ruling that Andy Warhol’s licensing company did not engage in fair use when it used Goldsmith’s photograph as the basis for the series.

This marks the Supreme Court’s second foray into copyright fair use in two years after decades of silence on the matter. The Andy Warhol case will likely clarify potential conflict between that case and the Supreme Court’s other recent fair use copyright case, Google, LLC v. Oracle America, Inc., which focused on Google’s use of Oracle’s Java APIs and more than 10,000 lines of source code. In a 6-2 vote last year, the Court overturned a prior decision that ruled against Google; the Court said that the tech giant’s use of Java APIs constituted fair use.

But what is “fair use” in copyright law, and how can companies be sure they are staying well within their bounds when it comes to borrowing and building on frameworks created by others?

Understanding the Fair Use Doctrine

The Warhol case that the Court is hearing involves a claim that a series of silkscreens and other images created by Andy Warhol and based on a photo of Prince infringed the original photographer’s copyright. Warhol’s team claims that the fair use doctrine permitted their use of the photo.

According to Judge Gerard E. Lynch, the appellate court judge who authored the opinion reversing the original Warhol-Goldsmith ruling, the fair use doctrine is an affirmative defense to copyright infringement that “seeks to strike a balance between an artists’ intellectual property rights to the fruits of her own creative labor . . . ‘and the ability of other artists to express themselves by reference to the works of others.’”

It’s no secret that almost all creative expression borrows from previous works. The fair use doctrine permits the use of an existing copyrighted work if it is used as the basis for a new work that is unrelated to the original work.

To determine if use of a copyrighted work is fair use, courts consider four non-exclusive factors:

Frequently, the determining factor as to whether fair use applies is the transformative nature of the allegedly infringing work. Transformative works do not merely supersede the object of the original creation but instead add something that create a new expression, meaning or message. There is inherent tension between transformative fair use of a copyrighted work and derivative use, which provides copyright protection to alterations of the original work that do not significantly alter the underlying artistic expression.

In Google, the Supreme Court found that the tech giant’s use of computer code copyrighted by Oracle was fair use because, in part, the code copied was functional and not expressive, and because Google used the code to create a completely new computer program preforming new tasks in a new computing environment.

The Andy Warhol Foundation attempted to argue that its use of Goldsmith’s original photograph constituted fair use in accordance with the Google decision. The Court of Appeals rejected this argument on the basis that all fair use cases differ and that the facts in Google were much different than those in Andy Warhol. It is likely the Supreme Court agreed to hear Andy Warhol to address whether Google has altered the fair use precedent.

The Key to Avoiding Infringement Claims

The important takeaway from Google and Andy Warhol — barring any revision by the Supreme Court — is reaffirmation that any use of a copyrighted work without permission must be “transformative” in the legal sense of the word. Though there is no “black or white” test, new works must meet at least one of the four determining factors.

In Google, the transformation occurred in the creation of a new type of computer program using a new computing platform. In Andy Warhol, there was no transformation because both the original photograph and the Andy Warhol images were similar representations of Prince’s face. The Andy Warhol images did not change the distinctive character of the portrait. Artists and other creators need to do more than apply their own style to transform another’s creative work.

It appears likely that the Supreme Court decision in Andy Warhol will limit Google to its specific facts and continue to require true transformation for the fair use doctrine to apply to creative work.

Barber advises his clients on intellectual property matters. He litigates copyright, patent, and trademark matters in federal courts throughout the country and before USPTO. Barber can be reached at jwbarber@howardandhoward.com and 248-723-0456.